What is Bitchute? Have you come across this platform? Is it one that you can rely on? These are some of the questions that I will be answering in today’s review. By the end of this review, I hope you will be in a position to decide whether Bitchute is for you or not. The re

view will take the following structure:

Contents hide
1 What is Bitchute about?
1.1 Is there any history of this company’s operations?
1.2 Which type of content can you expect to find on Bitchute?
1.3 Does Bitchute really use peer-to-peer technology?
1.4 Is Bitchute Genuine?
1.5 Alternatives to Bitchute
1.6 Pros and Cons
1.6.1 Share This:

What is Bitchute about?

Bitchute is a video hosting platform that was founded back in 2017. It was created to enable video uploaders who are limited by content rules to upload content to their audience. Platforms such as YouTube have various rules that govern the type of content that gets to the public domain. Bitchute accommodates the far-right individuals as well as the conspiracy theorists who have been limited from expressing their views on the other platforms.

Some content creators have been banned from posting their content on YouTube due to the violation of censorship rules, or those who have had their channels barred from getting ads revenue- all these people can migrate their content to Bitchute and proceed to their mission.

During the launch of this platform, its creator described it as one that uses peer-to-peer WebTorrent technology. Unfortunately, this has been questioned by some renowned media houses including The Daily Dot.

Is there any history of this company’s operations?

Bitchute is the brainchild of one Ray Vahey, who in January 2017 announced about its existence. This platform does not rely on ads, and its users can send money to the content creators, directly.  This company had initially relied on PayPal as a payment platform. This, unfortunately, ceased being the case back in November 2018, when PayPal banned Bitchute, Alex Jones, Tommy Robinson, as well as other anti-fascists.

Another outstanding event in Bitchute’s existence is the movement of their domains to Epik back in January 2019. Epik is a renowned domain registrar that accepts the registration of websites that host content posted by far-right activists.

Which type of content can you expect to find on Bitchute? 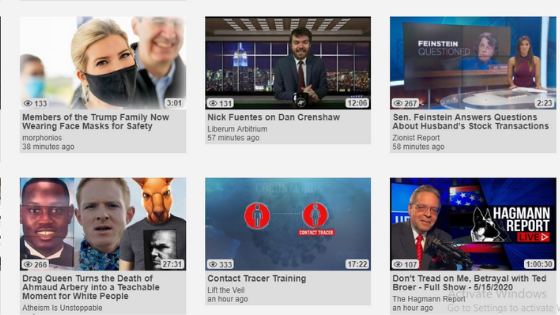 Bitchute’s popularity mainly has to do with how they accommodate the far-right groups and other groups that are generally not accepted in other content sharing platforms. The Southern Poverty Law Centre claims that Bitchute has gained popularity for hosting hate-fueled material.

If you know much about YouTube policies, you know that it has been banning and demonetizing right-wing channels due to their inclusion of hate speech and “misguided” info. At the time of launching, Ray Vahey described Bitchute as a suitable alternative to the endless restrictions in the form of increased censorship. Some far-right conspiracy theorists immediately moved their channels from YouTube to Bitchute. Most of these far-right activists had already been banned by YouTube, so they essentially managed to find a new home. Some of the big names you may probably recognize include:

You can, therefore, expect to find lots of content from the above-named and more far-right activists.

If you join Bitchute today, you can access videos that have been classified as either:

Generally speaking, more of what you will find on Bitchute mainly has to do with the freedom of speech activists who are looking for a platform to air their views.

Does Bitchute really use peer-to-peer technology?

Fredrick Brennan, however, analyzed Bitchute in November 2019 and published it on The Daily Dot. Upon completing the analysis, Fredrick revealed that he did not come across any evidence of peer-to-peer data transfer. He established that Bitchute’s videos were all coming from Bitchute’s servers. No parts of the videos that he downloaded were received from peers. Brennan also revealed that the magnet links placed on this site do not work.

Yes. Bitchute is genuine. It is, however not as reliable as other content sharing platforms are. During the launch, the platform was all impressive but it has gradually become problematic, according to its users. On Trustpilot, for instance, this platform has a rating of (3/5) stars, which is technically not that low, but also not enough to verify the reliability of Bitchute. Some of the main complaints put forward by the users of this platform include:

These are very genuine concerns, which if not addressed can lead to its users trying out the alternatives. Bitchute has not been around for long and has the opportunity to fix these issues as the world continues experiencing more issues that would only be addressed through a platform that does not have tight censorship policies.

If you want to use a peer-to-peer platform to share your content, you should work with LBRY. LBRY is super-functional and is the best alternative to YouTube there is. Content creators are shifting to LBRY due to its effectiveness, and the provision of multiple avenues through which one can earn an income. LBRY is ads-free and your activities will never be tracked when you are using it.

I hope you have enjoyed this review covering what Bitchute is about, and that you can now decide whether it is one for you or not. Do not forget to have a look at our LBRY review, which details why it is the best alternative to YouTube.

I wish you the Best.