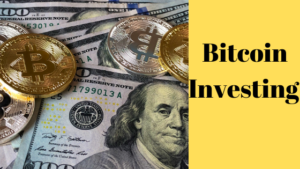 Bitcoin investing is one of the concepts that most people have wanted to have a clear understanding of. What is all the fuss about this cryptocurrency? Do the investors who have Bitcoin in their investment portfolios stand a better chance at making a higher income in comparison to their counterparts who have chosen to rely on traditional assets? Such are the perfect examples of questions that potential investors have been raising.

Frankly speaking, there is a lot of information available about this cryptocurrency, and every investor who intends to rely on it to create wealth may never soak up all that knowledge. There are, however, some select concepts and facts that such an investor ought to know, including:

Bitcoin is simply a type of cryptocurrency. With this cryptocurrency, the balances in their owners’ accounts are kept using keys. Keys are defined as long strings of number and letter combinations that are interlinked through unique mathematical algorithms that were used to form them. The two types of keys that are used to reflect the Bitcoin account balances are public keys and private keys.

A public key can be likened to a bank account number. It is an address that is usually published to the world, and other Bitcoin owners can send tokens to it. The private key, on the other hand, is likened to an ATM PIN. This key, like the ATM PIN, is supposed to be kept as a secret. It is used during the authorization of Bitcoin transactions.

Bitcoin owners usually have a Bitcoin Wallet which is a physical device that enables them to keep track of the coins that they own during activities such as trading and investing.

One of the most conspicuous mysteries in the current day world is the person or organization who is responsible for the creation of Bitcoin. It is said that Satoshi Nakamoto is behind the creation of this cryptocurrency, but no one knows whether Satoshi is a person, organization or simply a program.

During the release of Bitcoin, it was said that Satoshi Nakamoto was behin

d the creation of this crypto. Since then, no one has managed to figure out who or what Satoshi stands for ( It could be a pseudonym whose real meaning will be revealed in the future). Despite there being several people who have suspected to be behind this name, the world is still yet to know who the real Satoshi is, or even what that name means.

What is the real play behind Satoshi’s anonymity?

Owing to the valuation of Bitcoin, as well as the potential that this cryptocurrency bears, it is highly unlikely that Satoshi would simply want to simply reveal his identity. He or she would gain lots of attention from the media and would end up being subject to discussion. It is easy to influence a human being to make certain decisions that will favor a select group of people. In the current world, Satoshi would barely survive encounters with people who were after influencing the trends with this cryptocurrency.

Another thing that would lead to Satoshi’s anonymity is safety. When Bitcoin was introduced back in 2009, very few people were willing to utilize this crypto or even mine it. It is also known that 32,489 blocks were mined back then and that each block attracted a 50 Bitcoin reward rate. This means that 1,624,500 Bitcoin were mined at that time. It is suspected that Satoshi and a small group of miners could have been the ones behind this mining. This automatically makes Satoshi a target of criminals, thus the move to stay anonymous.

What is Bitcoin Mining?

This is the process by which Bitcoin, abbreviated as BTC, is released for circulation. This process involves the provision of solutions to very complex mathematical solutions, which then creates a new block that is added to the blockchain.

This process leads to the addition and verification of transaction records, across the entire network. When someone solves the complex arithmetic and adds blocks to the blockchain, they are usually rewarded through being given several bitcoins. The number of Bitcoin that a miner can receive is usually halved after every 210,000 blocks. The complex arithmetics have been set to get harder with time, a thing that results in the decrease in the number of Bitcoin that one receives for providing the solution. The chance of solving these complex arithmetics is currently very low (more than one in 12 trillion). Miners have therefore had to advance from the use of simple desktop computers to very technical hardware listed below:

I hope that you enjoyed this article about Bitcoin Investing and that you are more informed about the various facts and concepts about this Crypto. Feel free to express your thoughts in the comments section, and to also drop a question if you have any.